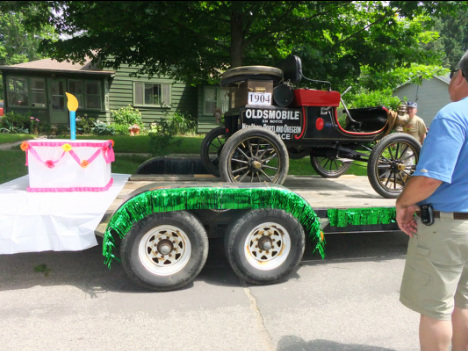 The Williamston Depot Museum entered a float in the parade. It featured Sue Neller's 1904 Curved Dash Oldsmobile, Old Steady. Also featured was a birthday cake commemorating the fact that the depot at 369 West Grand River was built in 1893, 120 years ago. 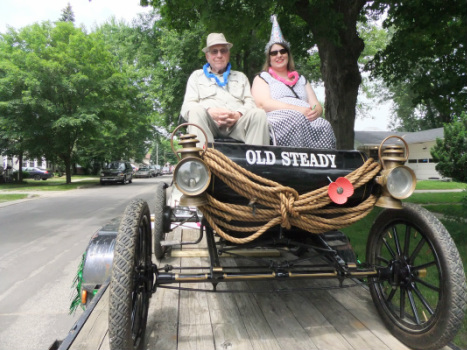 On display were artifacts from four Williamston men's participation in the Civil War and their stories. Featured here is George Traver  who enlisted in Company B, Sixth Michigan Heavy Artillery, Jan. 4, 1964, age 32. He was a private and served as a cook until the close of the war. He was discharged Aug. 20, 1865. 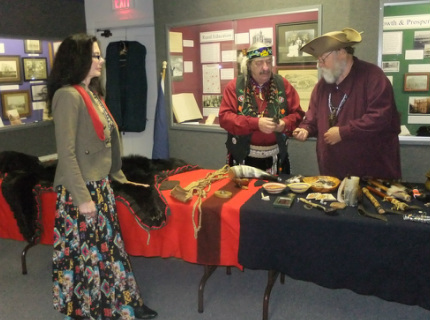 In early May, 2014 121 students from Williamston elementary schools attended the annual presentations at the Williamston Depot Museum on Native American culture. Educators from the Nokomis Native American Learning Center in Okemos were the presenters. Two of the presenters, dressed in Pow Wow Regalia, discussed the history, arts, and culture of the Anishinaabe (Ottawa, Potawatomi, and Ojibwa) people of Michigan. They used many artifacts in their presentations and the students were encouraged to examine the artifacts which included a variety of animal skins, moccasins, a purse made from the shell of a snapping turtle and a fan of turkey feathers. Other presenters dressed as French fur traders discussed trade between the Native Americans and the French and they used a large array of artifacts to enhance their presentations. 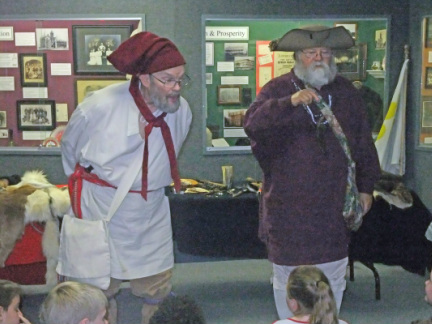 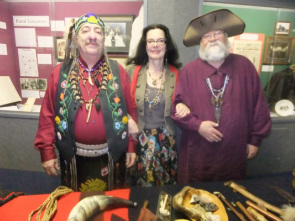 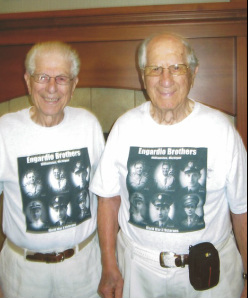 Andrew and Frank
Sam and Mary Engardio were imigrants from Sicily who owned operated a store in Williamston in the early 1900s. They had eight children, two girls and six boys. All six of the boys served in WWII. On June 21, 2014 two of those sons returned to Williamston and were the Grand Marshalls of the Red Cedar Jubilee parade. Frank Engardio, 95, came from California and Andrew, 91, came from Adrian, Michigan. Following the parade a reception was held in their honor at the museum. The festivities lasted two days with the children of the seven siblings who married and had families attending.